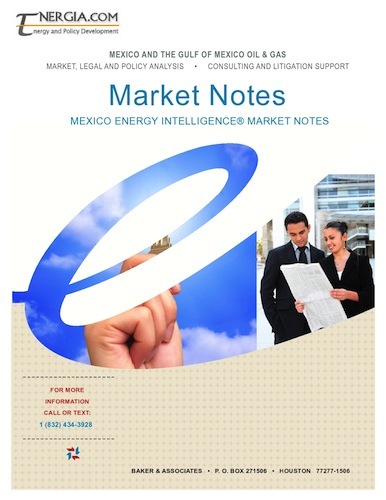 On June 13, 2007, a guest editorial appeared in REFORMA, a Mexico City daily, with the title “La OTC y el logotipo de PEMEX.” The article criticized Pemex for its absence at the 2007 Offshore Technology Conference (OTC), the global trade exhibition that is held annually in Houston in early May. The only sign of the existence of Pemex in the world oil market was a tiny logo on the bow of a model ship that was on display at the stand of BW Offshore in the Norwegian pavilion.

Pemex's involvement at OTC 2013 showed a level of commitment that was an order of magnitude greater. The stand was enlarged to allow for a small presentation area where some 20 visitors could be seated, and there were half-hour presentations scheduled for each day. On Day One, May 6th, the director general of Pemex was present at the stand for its opening. On Day Three, Pemex E&P Director Carlos Morales gave a presentation at a sold-out breakfast event. In the afternoon, there was the annual Pemex panel sponsored by the U.S. Department of Commerce's export-promotion office. Taking place at the same time was a presentation by Vinicio Suro, of the Mexican Petroleum Institute (IMP), on the art and science of reservoir modeling.

Save this product for later